THIS IS JUST A PROGRESS ANNOUNCEMENT, NO UPDATE HAS BEEN RELEASED.

Straight to the not so good news. As you already have guessed, we didn’t manage to release Early Access 2.0 for the end of May. We’re very sorry. We thought we could have pulled it off and shipped out the update, but it would not have been workable to do so.

I realise I may sound like a broken record, but please remember this announcement. We are battling on after now being a much smaller team, many of us working full time jobs, you get the idea. Development and workflow has increased, despite delays and huge setbacks, so we are moving forward.

Now onto the good news. We are digging deep and making some gargantuan changes to HYPERCHARGE: Unboxed. Please see below our progress. NOTE: There are much smaller things we’ve added / changed to the game which may not be shown here. I’ll probably add more bits to this announcement, so keep your eyes peeled. It is looking very likely what is shown below will come with the update, should everything keep going to plan. Worse comes to worst, some bits may have to be delayed

We’re most likely looking at the end of July. Sorry!

When will the full version be released? 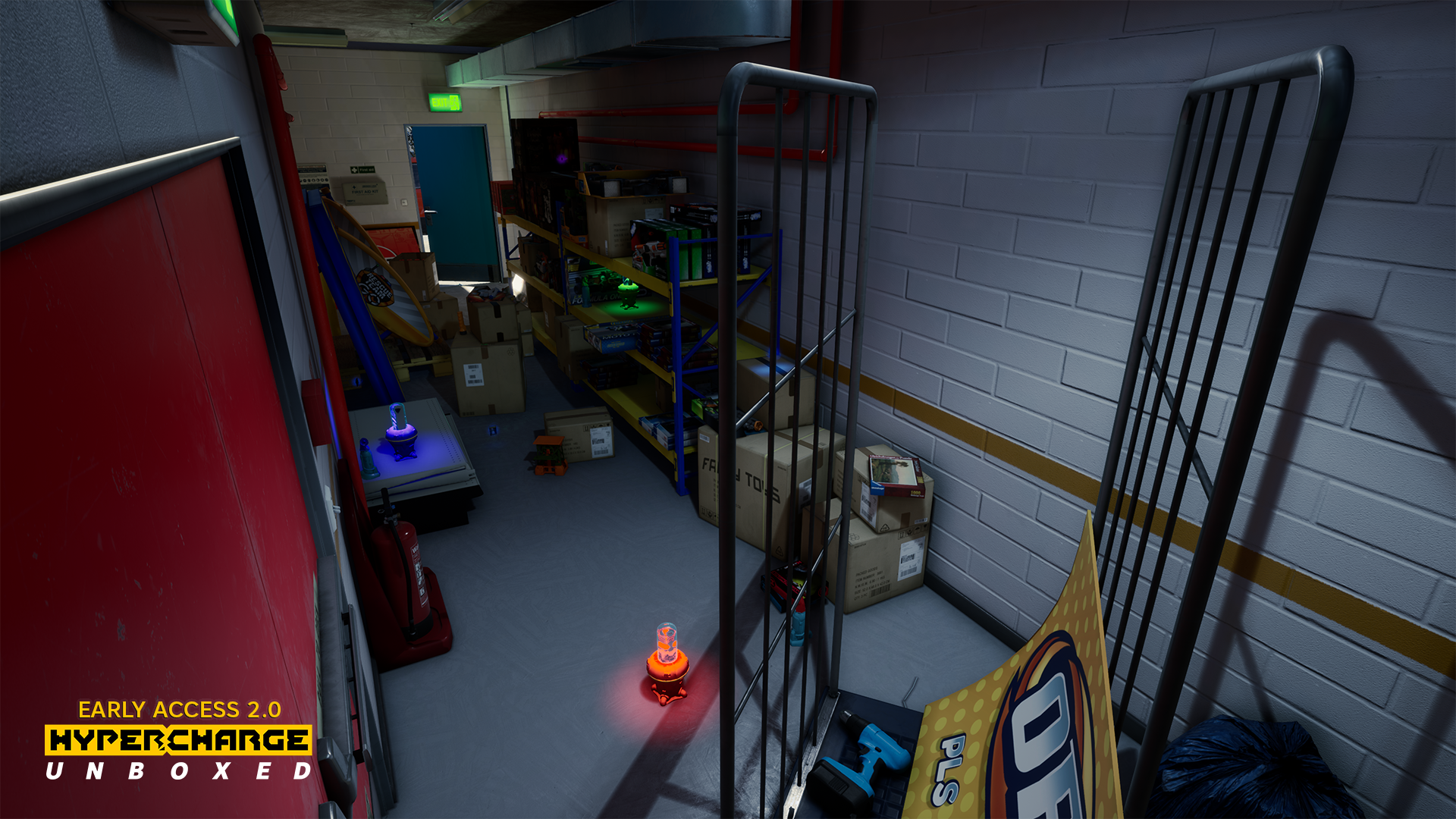 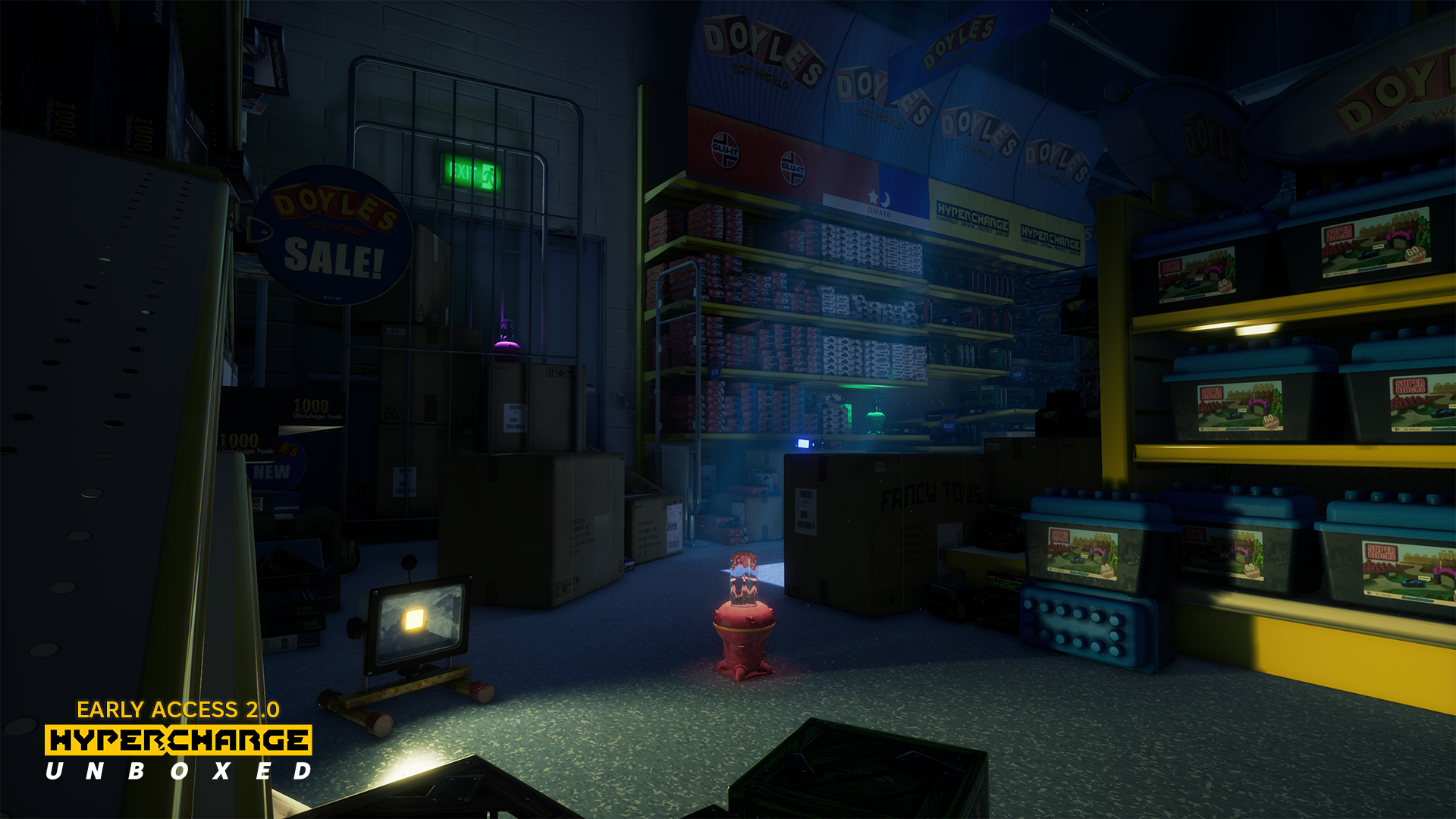 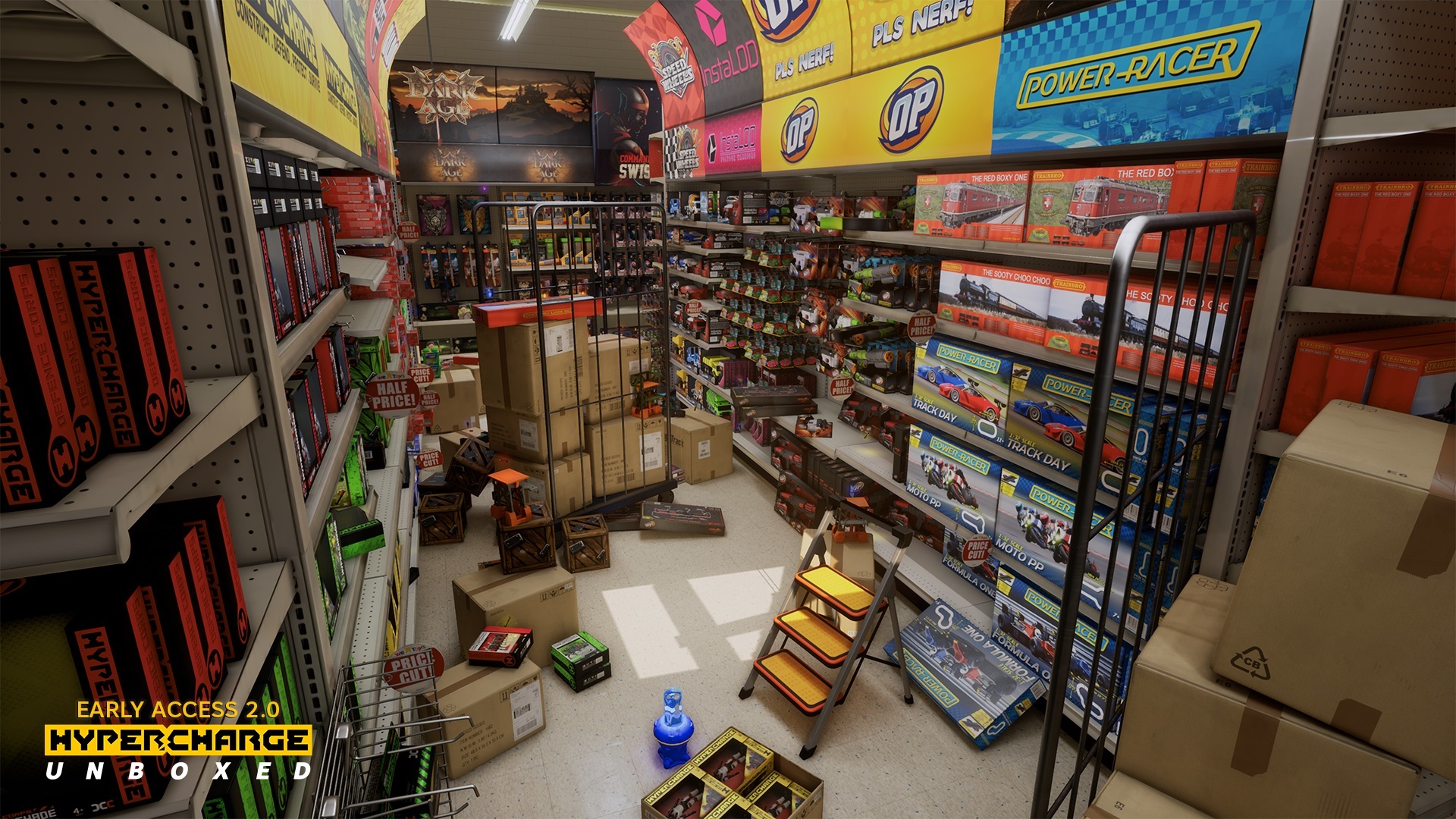 You’ll have to find attachments for your weapon by searching the enviroment. This further encourages you to explore.

When fighting the enemy, you’ll notice some cool sparks and what not. It adds so much more to the fun factor of firing your weapon.

Enemies will attack from many places. Behind bookshelves, on top of pipes, and so on.

Jumping back to this announcement, we went into detail concerning the core gameplay and how the way you play will be spiced up. You’ll no longer defend just 1 Core, but instead 3.

We’ve found it creates a new dynamic to the gameplay, especially adding on the fact enemies will attack from all over the place! Teamwork becomes more important and the placement of your Turrets are to be strategic. You must search for attachments for your weapon as each wave progresses. In other words, it’s already very FUN. There are more awesome bits and bobs which I’ll talk about in another announcement.

Once again, we are very sorry for the delay. We haven’t stopped working on Unboxed and are putting everything into it. We honestly are. Pretty much all of you are being so patient with us and we cannot thank you enough, that’s what you call true support and real fans. It’s much appreciated and keeps motivating us.